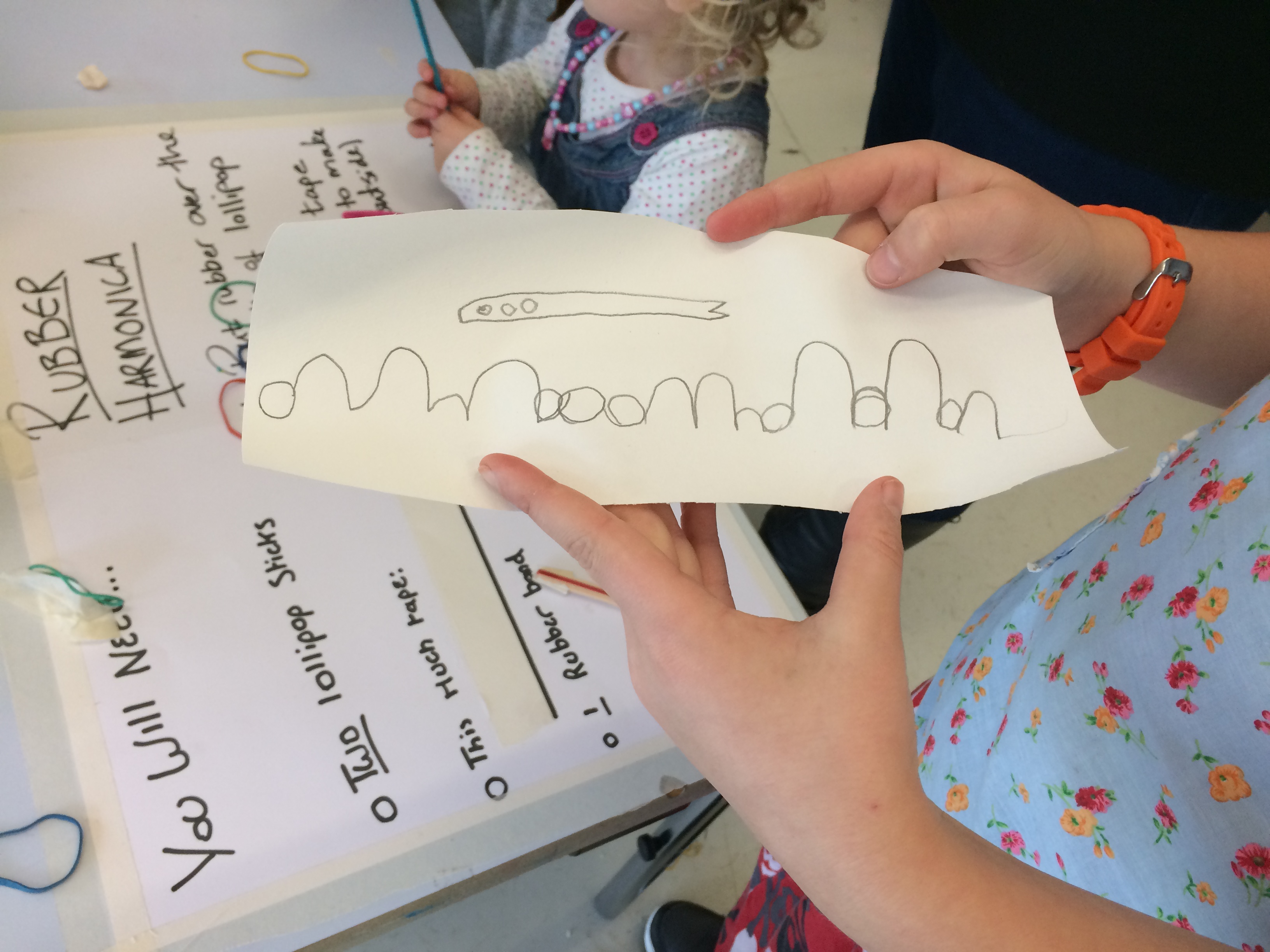 In February 2016 half term, Firstsite invited me to run an educational workshop as part of their family program. So, I took the standard instrument building workshop and augmented it with graphic scores making. Not just getting children to make drinking straw kazoos (and blowing them until they’re blue in the face), but encouraging them to create their own notation.

Once the participants had made their drinking straw kazoo, lollipop harmonica or paper cup drum they were then invited to explore all the sounds their creation could create. When they knew what sounds it could make, I then asked them to find a way of writing these down. This is where the session was its most ambitious, how can you draw a sound? Traditional notation is very confusing at first, and actually very poor at communication emotion. So why not design your own system, this is what I was asking the children to do.

As shown in the pictures, this could be coloured shapes for notes and relative size for volume, curved lines for pitch and shapes for extended technique. The only limit is your imagination.

The children not only made their own instrument, but they wrote songs and created their own notation from scratch. Needless to say it was an incredibly rewarding session.