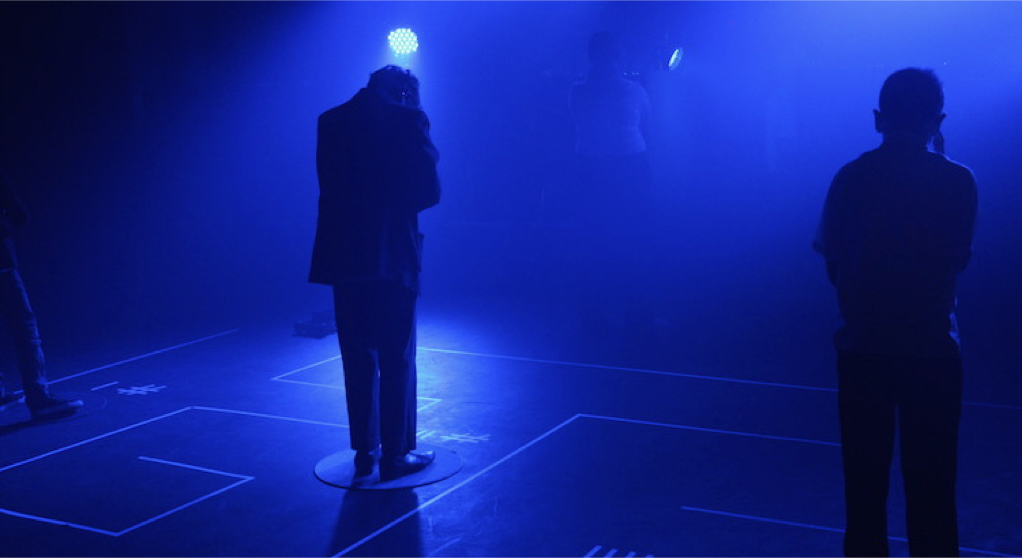 In August 2016 I (on behalf of my games design studio, Teaboy Games) was invited to lead hACkT, a week long summer school for young people aged 11-16 to explore drama and theatre through digital technology and computer game design.

The 25 young people, aged between 11 and 16, were led by Actor and Raspberry Pi expert Dave Norton, Contemporary Dancer Hayley Ryan, Radio1 Presenter Julia Hardy and myself on behalf of Teaboy Games. The purpose of the week long summer school was to explore technology through creativity. Rather than dry classroom exercises instead we built robots, video games and looked at how we can use body movement to explain programming.

Before we knew it we were designing an immersive theatre experience

The first three days were spent exploring different technology including; MakeyMakey, SonicPi, Scratch, Animatronics/Robotics and Creative Writing – The next step, and what made hACkT different from most other technology workshops, was exploring how we could bring it all together into a singular experience. Initially we thought this might be a traditional presentation, but we quickly transitioned to making the whole experience interactive, just like the technology we were using. Before we knew it we were designing an immersive theatre experience!

We ended up creating a Mission Impossible themed experience, well somewhere between Crystal Maze and Men in Black. The immersive theatre experience was a concoction of creative writing, set and costume design, music technology, robotics, programming and acting. Specifically on the technology side of things, we used Arduino controlled servo motors, music written in SonicPi, games programmed in Scratch and so much more. Alongside this we had the assistance of the amazing technicians at the Mercury Theatre who transformed the space with lighting, lasers and LOTS of haze! With our young people running a variety of exercises, such as an alien shooting range and remote control car maze, they also populated the whole space (inside and out) as spies – remaining in character for the hour long performance whilst they directed our audience around. Incredible commitment!

What I took away most from hACkT was instead of teaching a series of skills, we gave the young people an opportunity to be creative. In doing so they then learnt skills which allowed them to bring their ideas to life. Need music? Load up Sonic Pi and programme some. Need moving targets? Lets programme some servo motors and find the best movement. We were empowering them to use their imagination and then as facilitators we were working with them to embellish their ideas and teach them the a variety of skills – inspiring them to expand their skill set rather than demanding it in lesson format. hACkT was a perfect example of why it should be STEAM and not STEM (Science, Technology, Engineering and Maths) – but I feel thats a conversation for another day!

The way we brought together a variety of disciplines allowed the 25 young people to focus on what they wanted to, be that set design, music or programming etc. But alongside this, everybody was working towards the same goal of making an incredible immersive theatre experience. It was an inspiring week were we explored the possibilities of digital creativity, and truly hope we can do it all again in the near future.