The Drowned World was a collaboration between Wet Sounds and local sound artists (myself, and Chris Adam and Andrew Wright of Resonance) who transformed Riverside Leisure Centre swimming pool with soundscapes both above the surface and underwater, to produce an immersive audio-visual performance which was equal parts bizarre, magical and astonishing.

Forming part of Essex Book Festival, our composition was inspired by the novel The Drowned World by JG Ballard, which is set in a post-apocalyptic future where due to climate change the city of London has been submerged underwater and the sparsely inhabited world above has turned into a thriving tropical environment.

Our semi-improvised score explored the textures and environments Ballard describes in the book, the baking hot sun of the lagoon and the sludgy city streets of the drained swamp. A fight scene became an industrial techno beat and the ending escape an ethereal stone for the audience to soak in.

Melodies were panned from above the water to below, encouraging the audience to move in and out of the water and explore the different sound worlds we created in each space – each drawing upon narratives from the book.

Visuals by SDNA and lighting by Joe Lucas. 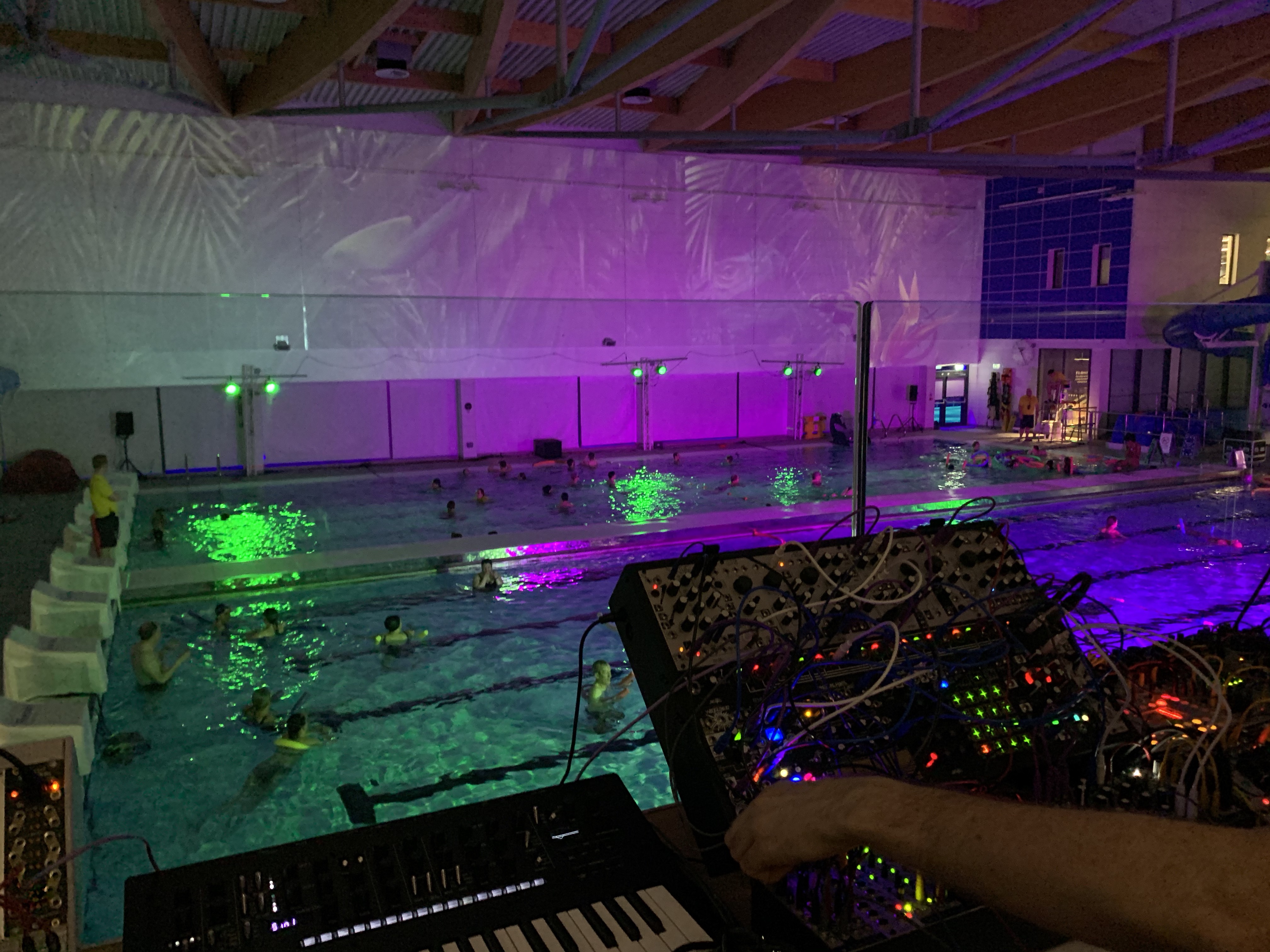