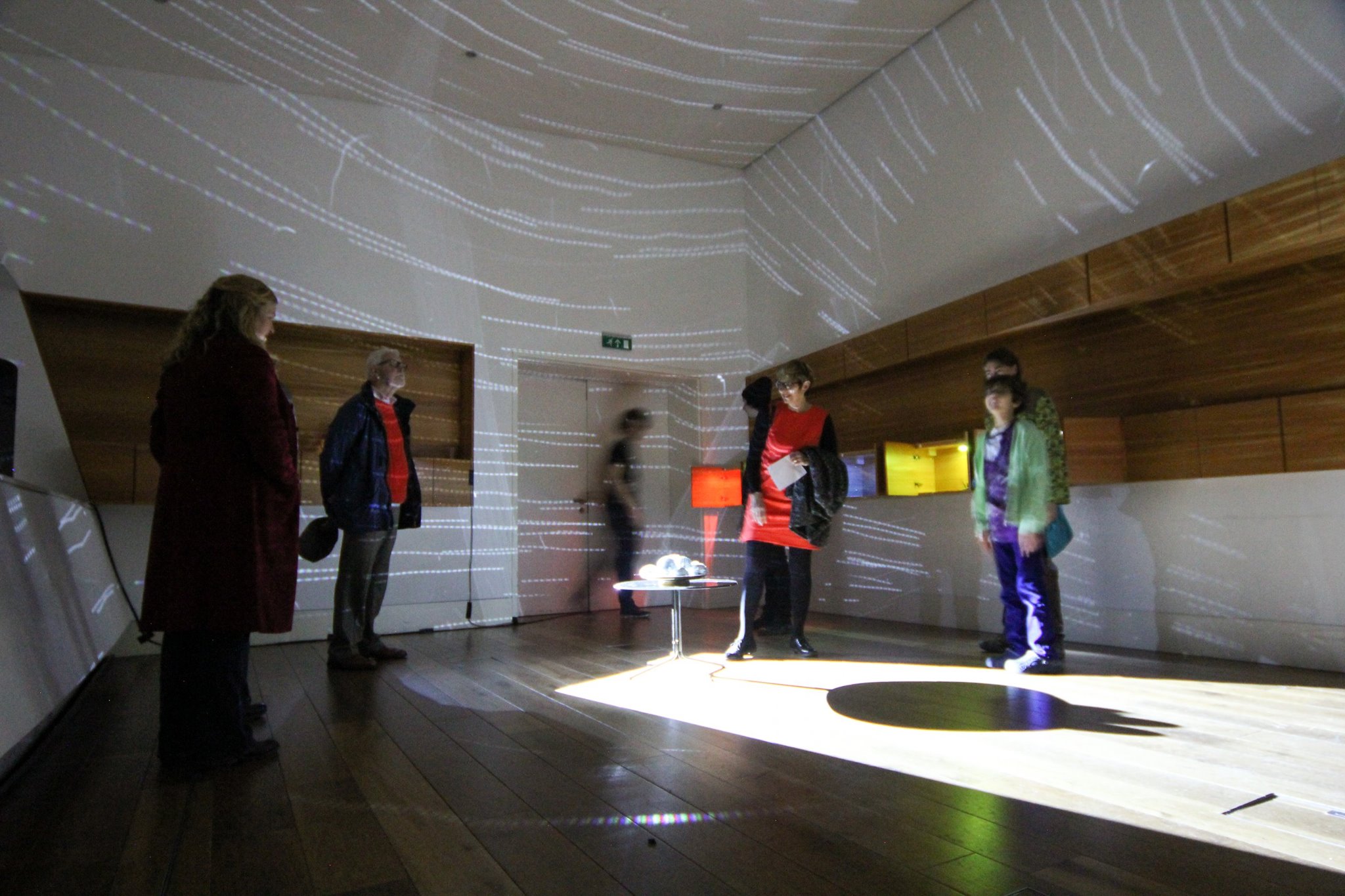 Upon being given free reign of ‘meeting room one’, I knew I wanted to utilise the interesting/angular cupboards in the room and explore a new piece of tech in my arsenal, the MakeyMakey PCB.

Inside each cupboard I placed two items, a metal plate and another conductive ‘object’. When the user touched both they’d complete a circuit and the MakeyMakey would read this as a particular key stroke. Inside Scratch (a very simple coding program) I wrote a small program that upon each key stroke would playback a sound and project an image (both relative to the object), depending on which objects were being touched. To add an extra sense of playfulness I then put some mirrorballs on a spinning platter in front of the projector to give the ‘night sky’ effect.

I wanted the space to be very relaxing, so I picked organic sounds e.g; countryside bird song and the sound of a thunder storm. For the latter I even made the conductive object a glass of water, meaning you had to put your finger in the water to make the connection which was got some fantastic reactions from people!

The whole evening was an overwhelming success and installation art is definitely something I can see myself exploring more in the future, I learnt so much from this first time and the feedback from the public was fantastic. 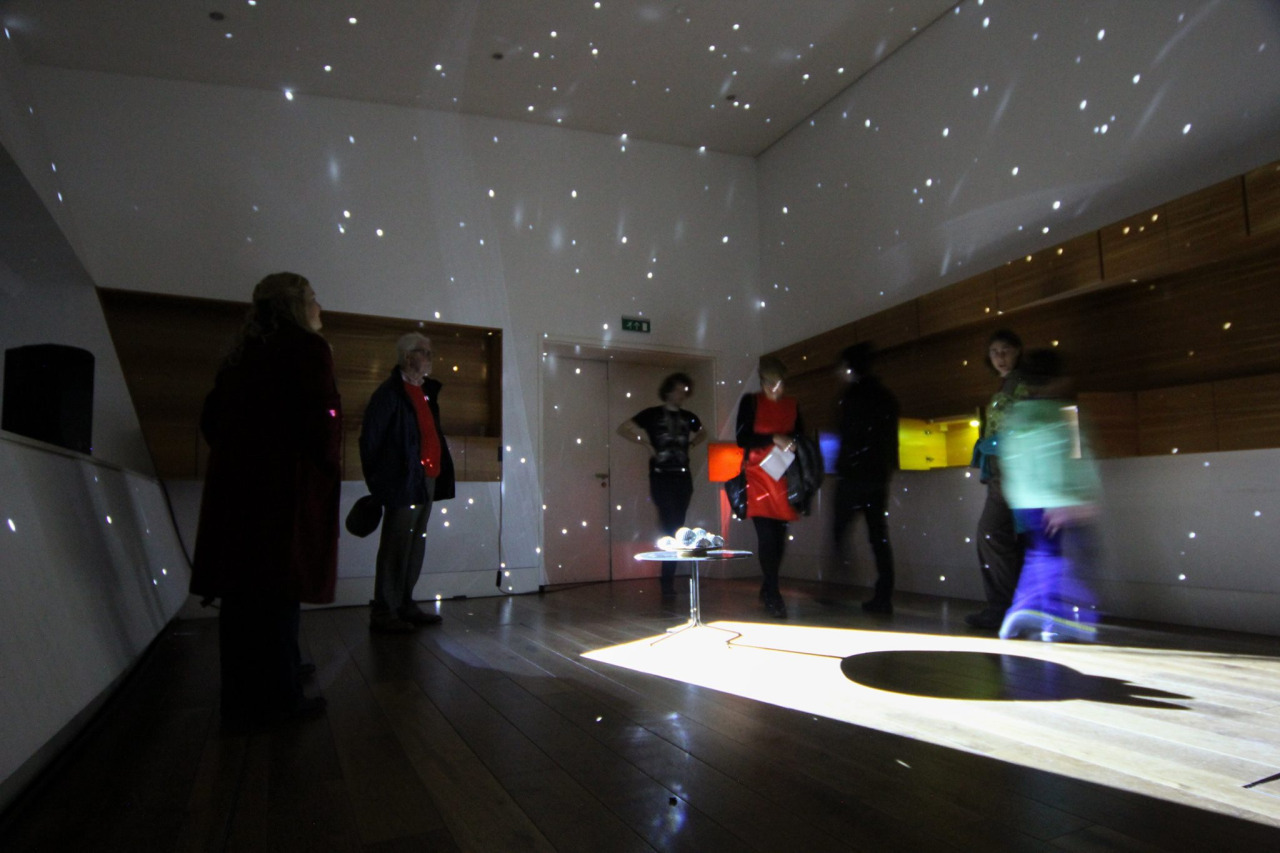 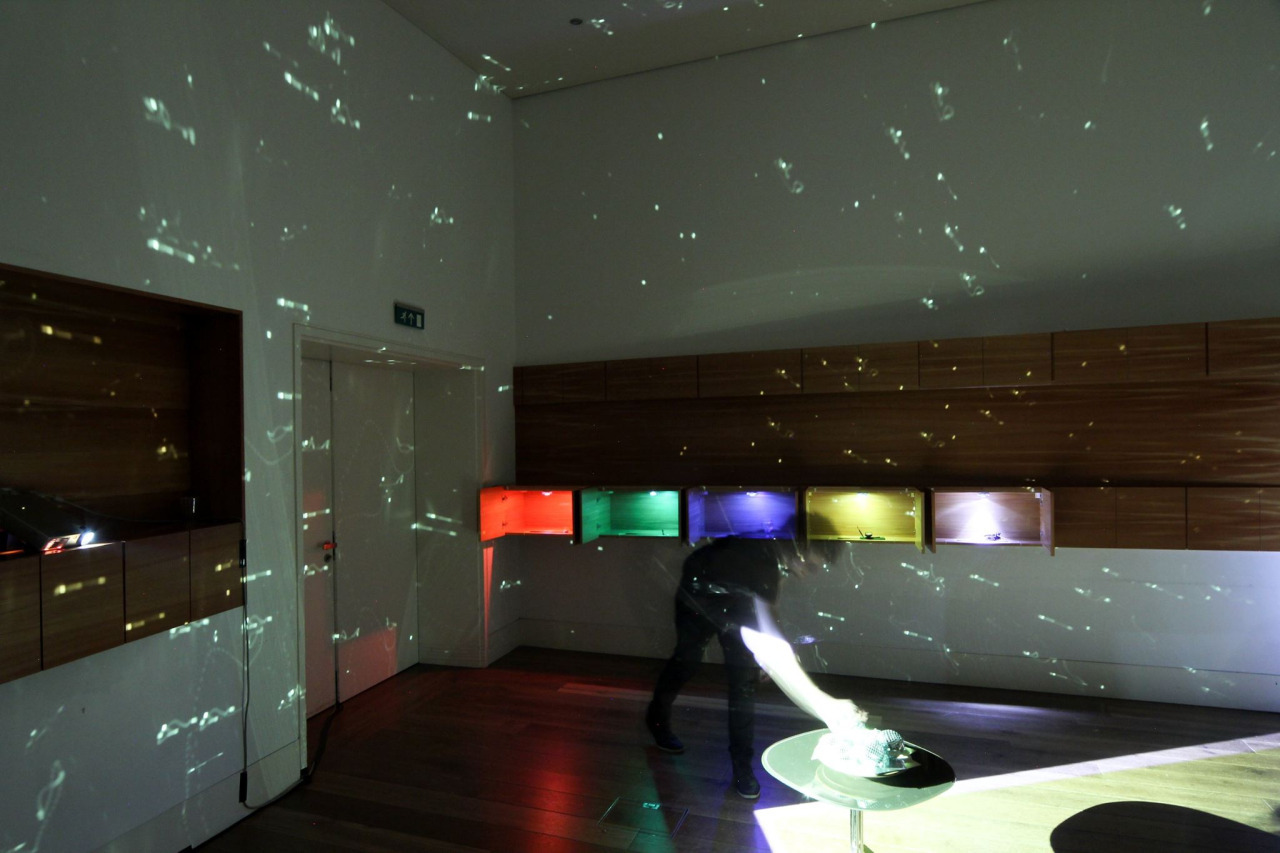 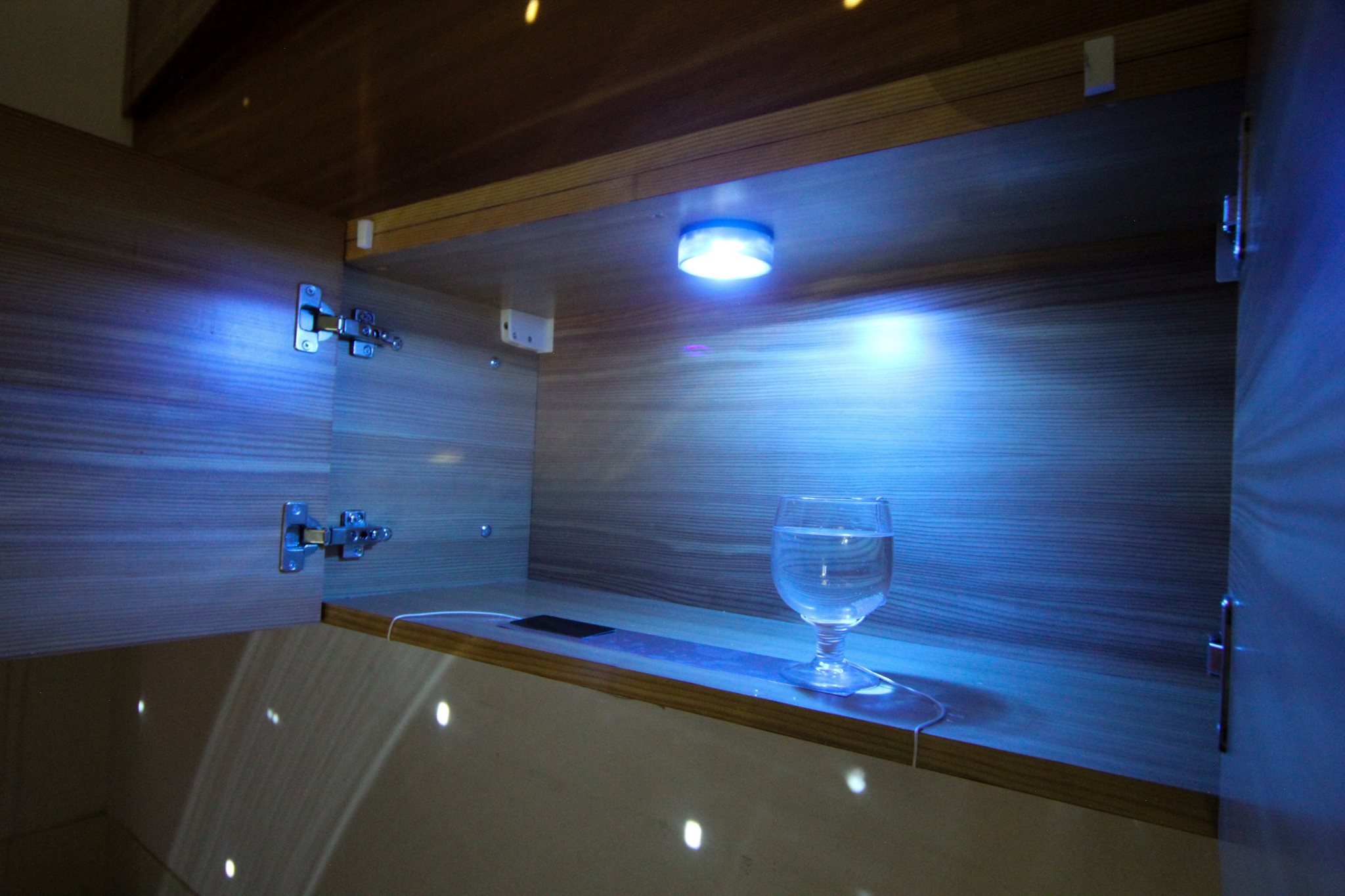 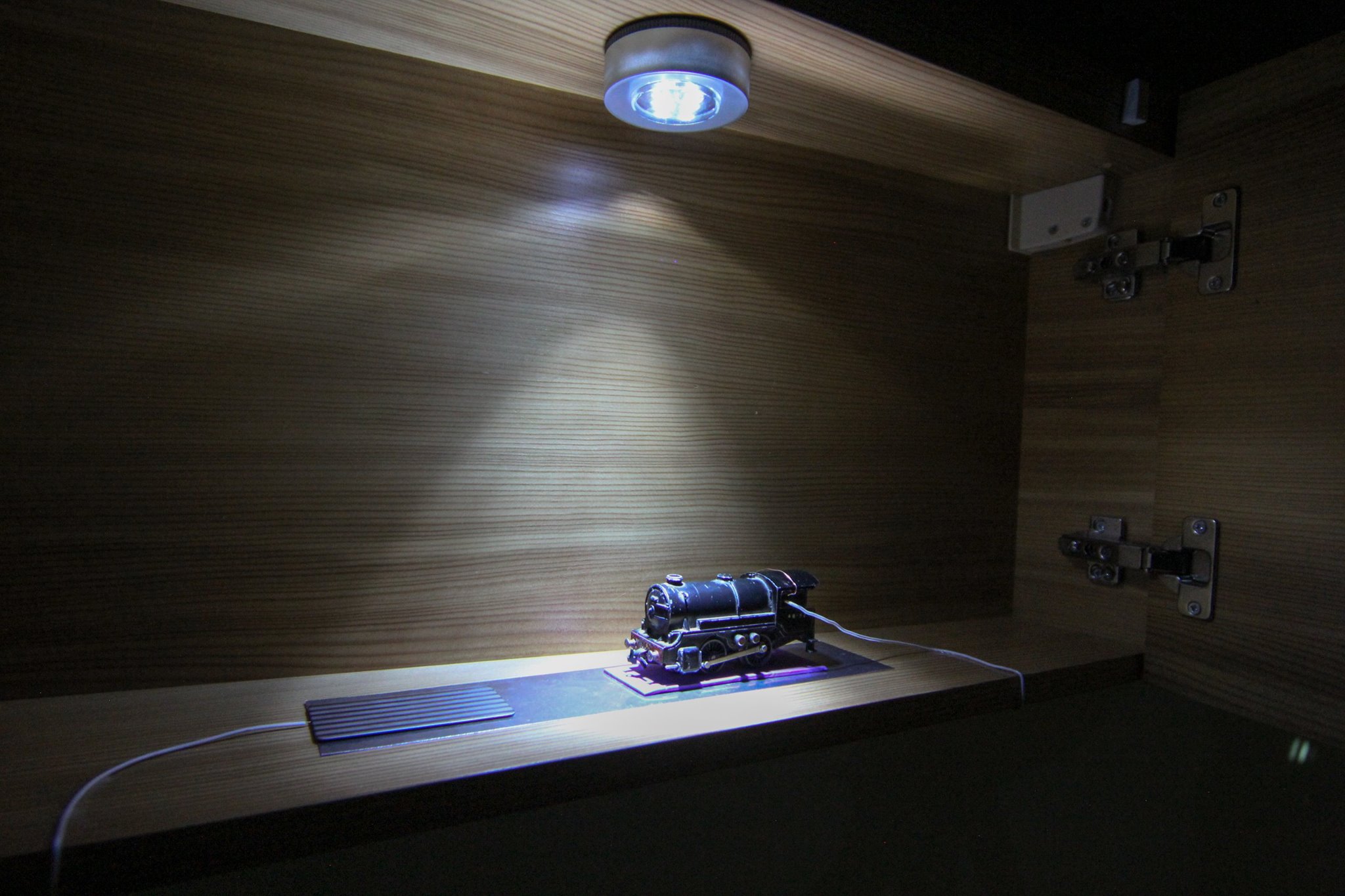 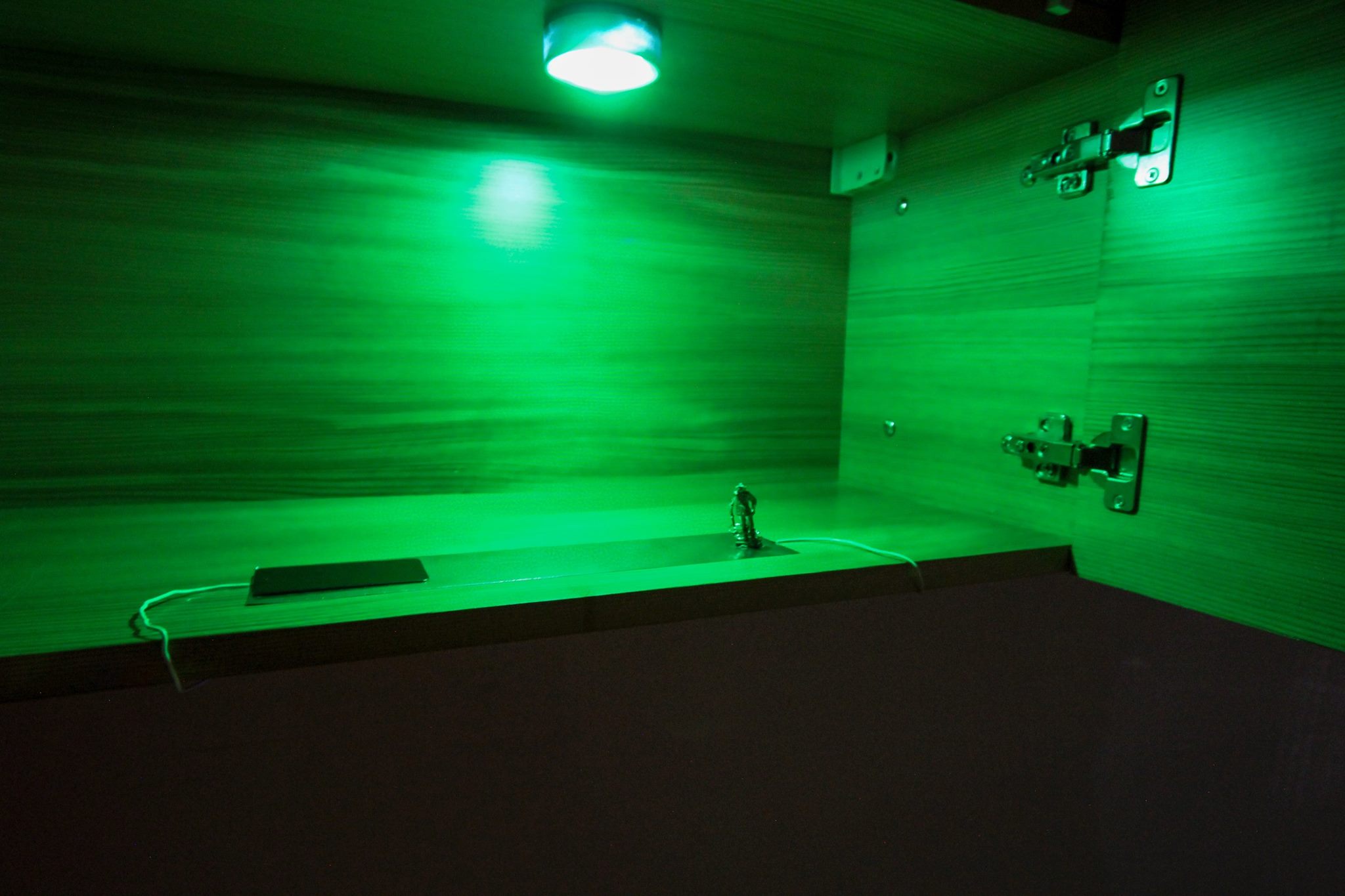